Wendy Glasper, founder of the North East Visually Impaired Tennis Club (NEVITC) has been selected to attend this year’s ‘Women of the Year’ Awards. Bringing together more than 400 women from all walks of life, the annual awards celebrate extraordinary women who make a difference every day, with five individual accolades presented to those who have proved an inspiration to others through their courage, selflessness and dedication both in the UK and globally.

Born with congenital cataracts, Wendy first found out that blind and visually impaired people could play tennis in 2007. Not knowing anything about the sport prior to that, Wendy participated in her first tennis tournament in 2010. Shortly after, Wendy set up the North East Visually Impaired Tennis Club – one of the first tennis clubs set up for blind and partially sighted people in the country. With a goal to enable other visually impaired people to discover tennis, Wendy’s efforts have seen the club grow from strength to strength – with membership reaching over 30 in 2017.

Working closely with the Tennis Foundation* – Great Britain’s leading tennis charity with a vision to make tennis a sport which is inclusive and accessible to all – Wendy not only plays and competes in regional tournaments around the country, but also runs coaching sessions and helps to organise various events throughout the year. Travelling miles around the region, Wendy supports VI tennis sessions in Sunderland, Middlesbrough, Newcastle and Stockton helping players to develop their skills, set goals, participate and enjoy tennis.

Recently selected to compete in the inaugural Blind Tennis International Tournament in Spain in May, Wendy’s ‘Women of the Year’ invitation follows a string of award nominations and wins for the North East star. Named ‘Volunteer of the Year’ at the British Tennis Awards and previously named ‘Durham & Cleveland Volunteer of the Year’, Wendy’s love of bringing new people into the sport and seeing the joy they get from playing tennis has led to recognition on a national scale.

Hoping to emulate her success in previous award ceremonies, Wendy will be attending the ‘Women of the Year’ awards at The InterContinental, Park Lane, London on Monday 16th October. To find out more about disability tennis, visit www.tennisfoundation.org.uk or get in touch via info@tennisfoundation.org.uk.

Highly successful second day in Spain for the B2 and B3 members of the GB Tennis team! 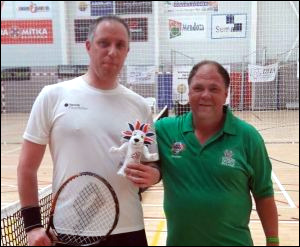 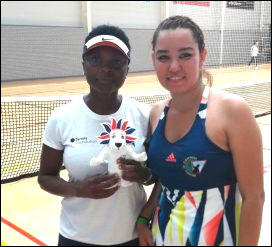 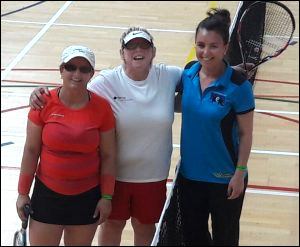