Coaching People with a Visual Impairment Complete this course and you will feel more confident including people with a visual impairment in your sports and activity sessions.

Packed full of helpful tips, practical solutions and vibrant videos*, the 6 modules will increase your knowledge, assurance and skills to be able to coach people with a visual impairment.

“It’s really important the coach education starts at grassroots. There are still too many coaches who aren’t confident around visually impaired people.” Ready to give it a try? Why not take a FREE Demo.

This course has been designed with accessibility in mind and has been rigorously tested. We aim to make the experience as accessible and easy to use as possible. This course works on desktop, tablets and mobile phones. For the best experience, we recommend you complete it on a desktop using Google Chrome.

If you have a visual impairment, we have designed the course to work with screen readers:

* All videos come with downloadable manuscripts to illustrate the video in further detail along with audio descriptions where possible.

“We are so sorry that the tournament has to be cancelled and we will look to re-arrange for later in the year. Thank you to all the players and volunteers for their support”

Heavy rain and widespread gales will bring disruption to the UK this weekend.

The Met Office has issued several National Severe Weather Warnings for strong winds and heavy rain brought by Storm Ciara throughout the weekend, including an Amber warning for much of England and Wales on Sunday.  Yellow wind and rain warnings have been issued for north-western parts of the UK on Saturday, followed by a yellow wind warning covering the whole UK for the entirety Sunday.  Named by the Met Office on Wednesday, Storm Ciara is currently tracking eastwards towards the UK and Ireland.

Met Office Chief Meteorologist, Frank Saunders, said:  “Storm Ciara will bring damaging winds and heavy rain across the UK this weekend and we have issued a range of severe weather warnings giving people time to prepare for potential impacts of the storm.

“Winds will increase through Saturday across Northern Ireland, Scotland, northern England and Wales, before turning very windy across the rest of UK through the early hours of Sunday morning.  Gusts of 50 to 60 mph are expected quite widely across inland areas, with even stronger gusts of 80mph or higher along coastal areas.”

Storm Ciara is expected to bring a range of impacts including delays and cancellations to air, ferry and train services; damage to buildings such as tiles blown from roofs and there is a good chance power cuts may occur. Furthermore there is a risk of large coastal waves and difficult driving conditions in heavy rain.

Guy Addington, Regional Water Safety Lead at the RNLI said: “This rough weather could making visiting our coasts around the UK and Ireland treacherous and bring very dangerous sea conditions.  Sadly, around 150 people accidentally lose their lives around UK and Irish waters each year and over half of these people didn’t plan on ever entering the water. Slips, trips and falls can be a major factor in these kinds of incidents.

“If you see someone else in danger in the water, call 999 and ask for the Coastguard. If you have something that floats that they can hold on to, throw it to them. Don’t go in the water yourself – too many people drown trying to save others.”

Looking further ahead, Chief Meteorologist Frank Saunders said:  “In the wake of Storm Ciara, it’ll remain unsettled and very windy across the UK and it’ll turn colder with wintry showers and ice an additional hazard, as we head into the new week. A wind and snow warning is in force for parts of Northern Ireland and Scotland on Monday as well as a further yellow wind warning in the south west of England.”

You can keep up to date with the latest forecast and warnings from the Met Office using our forecast pages and by following us on Twitter and Facebook, as well as using our mobile app which is available for iPhone from the App store and for Android from the Google Play store.

Being blind or partially sighted should not limit a person’s access to sport and physical activity. Our recent survey (due to be published in July 2019) demonstrates that Metro Blind Sport members are extremely active when good, quality provision is made available. Simple changes can be made to increase participation of the blind and partially sighted community and these changes do not have to break the bank. Simple changes to how activities are advertised, basic visual awareness training for frontline staff, changes to session times and increased access to opportunities, could and would increase participation of blind and partially-sighted people in sport and physical activity.

The landscape is changing, since Metro Blind Sport was formed most blind and partially-sighted children now attend mainstream schools. Physical activity starts at school and therefore we must ensure that inclusive provision is available. Often PE and other teachers do not have any experience of visually impaired sport or recreation, and therefore getting the information to the children and the teachers is crucial. With an estimated 25,000 children with a visual impairment, it is crucial that sport and physical activity provision is available and known about outside the school setting.

In order to make sport and physical activity inclusive, we need to ensure that activities are available as close to home as possible as travel is often a barrier to participation for blind and partially sighted individuals. According to the Leisure Database Company’s 2018 State of The Fitness Industry Report, 84% of people in the UK live within two miles of a leisure facility yet 66% of our members surveyed travel more than five miles to take part in sporting activities. Three quarters of our members claim they would participate in more sport if they could access activities ‘closer to home’. This was mirrored by 59% of non-members surveyed.

Travel distance is not the only barrier to entry. Other factors such as ‘activity timings’, and ‘poor venue location’ affect blind and partially sighted activity alongside ‘nobody to go with’ and ‘sessions that do not cater for people with a visual impairment’.

What is encouraging is that when we asked which activities members and non-members would like to get involved with, the top three responses in both groups were: cycling, swimming and the gym. According to the State of The Fitness Industry Report, there are 2,708 public leisure facilities in the UK all with the facilities in place to offer these services.

So, if the facilities are already available to service this demand, and research by the RNIB reports that 64% of people with a visual impairment would like to be more physically active, why are more people with a visual impairment not taking advantage? This is an area of work that Metro Blind Sport intends to focus on, working in close collaboration with leisure centre operators and trade organisations such as ukactive and Activity Alliance over the coming months. 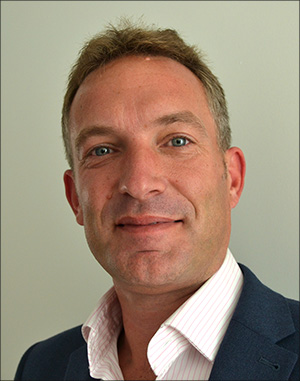 Organisations in the sight loss and physical activity sectors must collaborate and share information and best practice to bring about change. Metro Blind Sport will use our research to educate the wider sector, alongside partners, on changes that need to be made to support blind and partially-sighted people to take part in sport and physical activity.